A tasty identity system that extends to a better in-store experience. 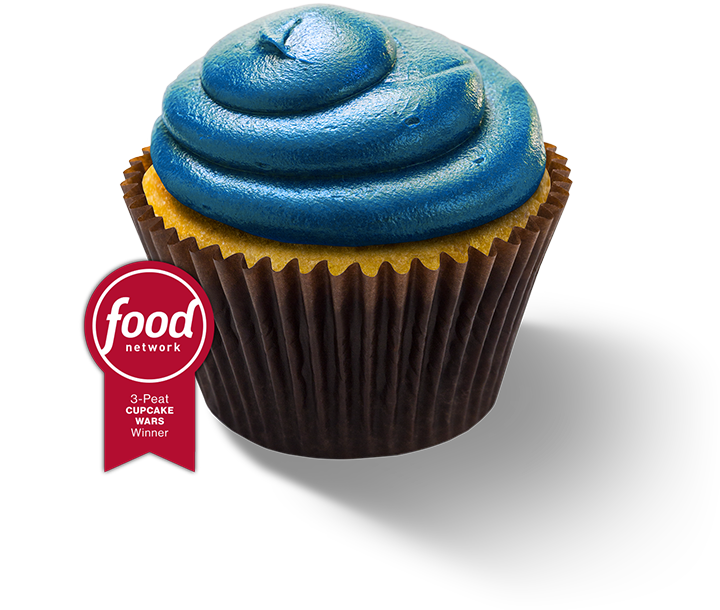 Sweet Arleen’s boutique-style cupcakes and bread puddings are, quite literally, the world’s best. And after winning Food Network’s Cupcake Wars, (three times, no less ), —“the world” really wanted a taste. The only problem, Arleen had a single location in Los Angeles. To bring the world’s best cupcake (ahem…to the world), Arleen teamed up with La Visual to design the systems and stores that would scale the business to a national franchise and beloved brand.

The brand strategy is a tool we use every day. La Visual’s partnership was fundamental to the scaling and launch of our franchise model. They brought the wow factor! 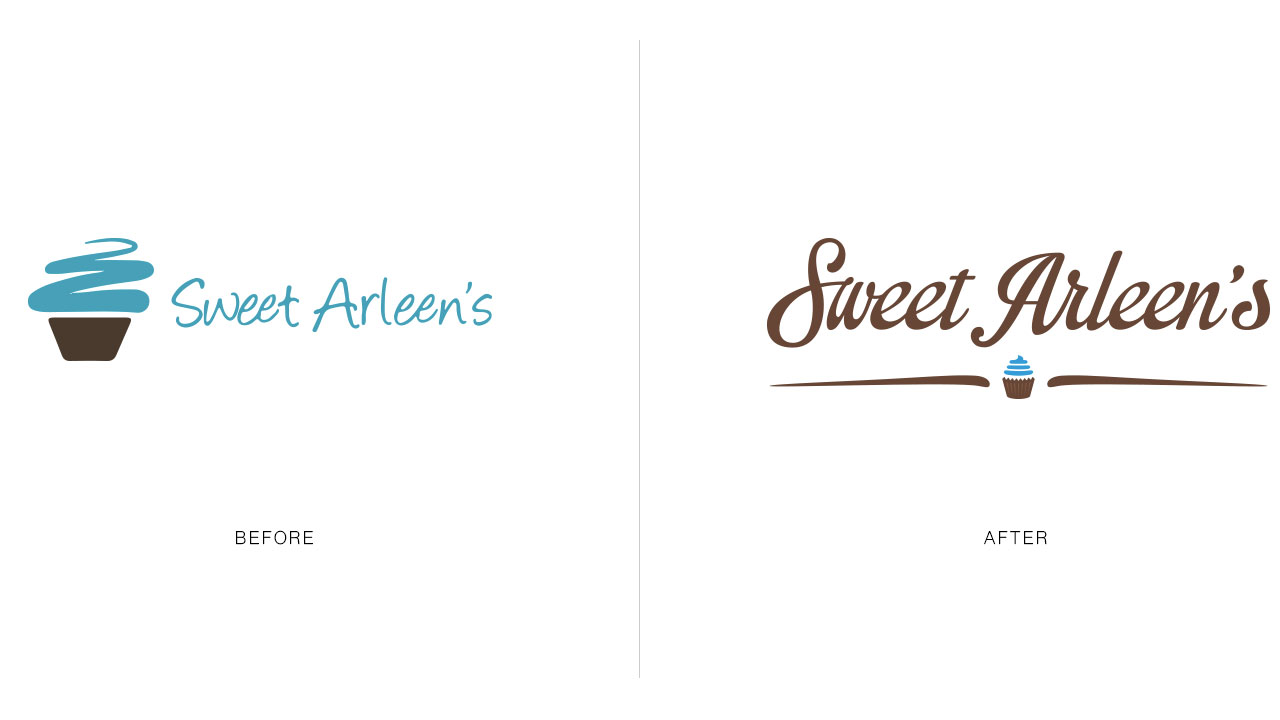 Having a great product is one thing, but transforming it into a scalable branding system demanded a more strategic play; what are the company values, personality, and voice? What is the essence of the brand, and how can we express that in a meaningful and attractive way in-store at the customer level? La Visual interviewed key stakeholders, performed an exhaustive competitive analysis and orchestrated focus groups to help divine the Sweet Arleen’s brand identity; Classic, contemporary, and a cut above the competition —just like their cupcakes. 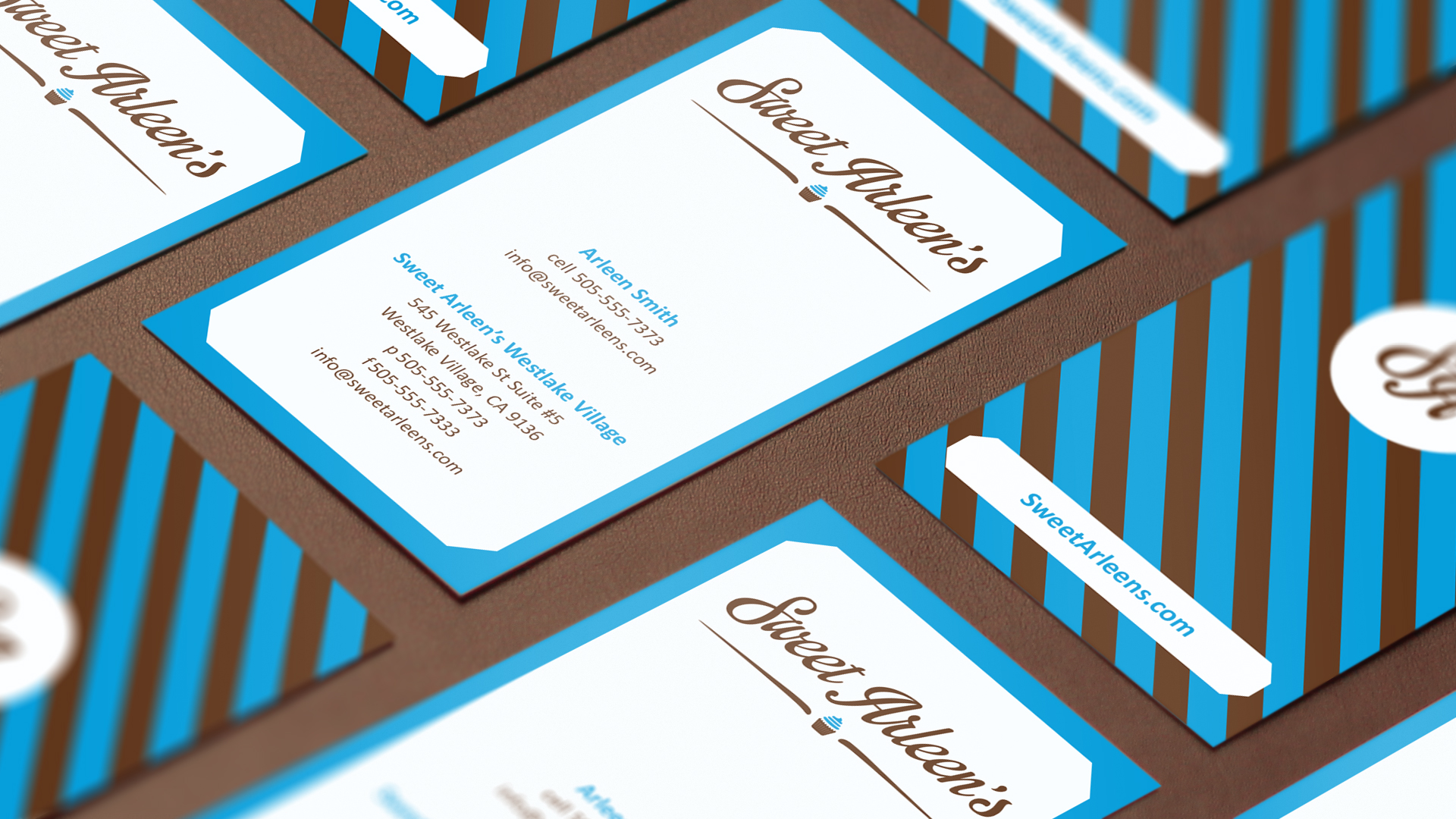 It’s all about the experience.

“User-experience” is just as important in-store as it is online. It must be seamless and cohesive. From the texture of the countertops, to the location of the POS system — La Visual applied its rigorous, design-led methodology to ensure the in-store experience was as consistently tasty as the cupcakes themselves. La Visual worked closely with the development agency Datsu, to ensure quality assurance at every level of the spatial design process. Integrating the style guide into the design of the store’s 1200 sq. ft. footprint was a value added to the branding process. A unique mark of the spatial design was a “looking-glass” window into the kitchen to highlight that a trained chef prepares all of the food products onsite. This affectively elevated the customer experience.

To find and attract franchisees, Sweet Arleen’s had to do more than sell a concept — they had to sell a modular product and turnkey process to lower the barriers to entry. This was no one-off design exercise — all materials and components were designed to be sourced anywhere in the country, easily installed and ready to be operational.

Consumers could choose to link their social accounts from their unique microsite, or before the drive — during the registration phase. This not only decreased the amount of time and work needed for consumers to register at events (a large pain point) by allowing them to link their social network profiles on-site, with ease. Once they received their experience, sharing it was as simple as pressing send — their social information was already linked. 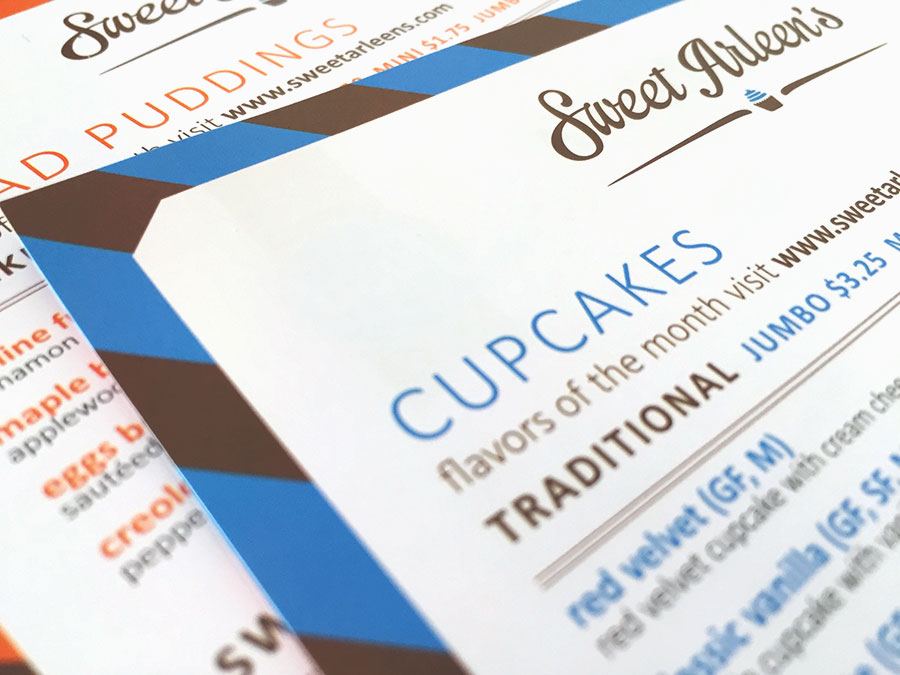 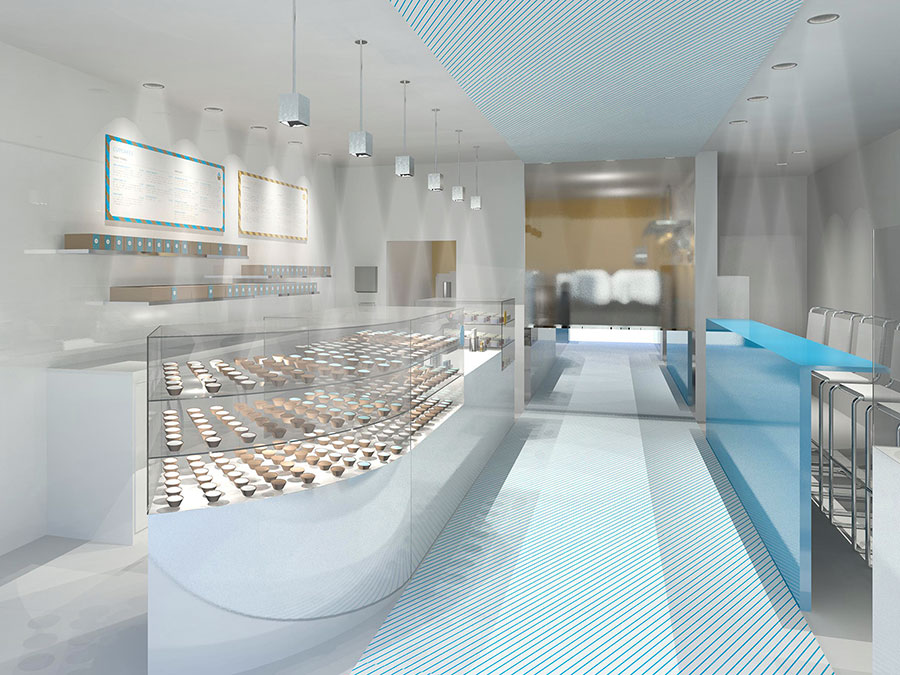 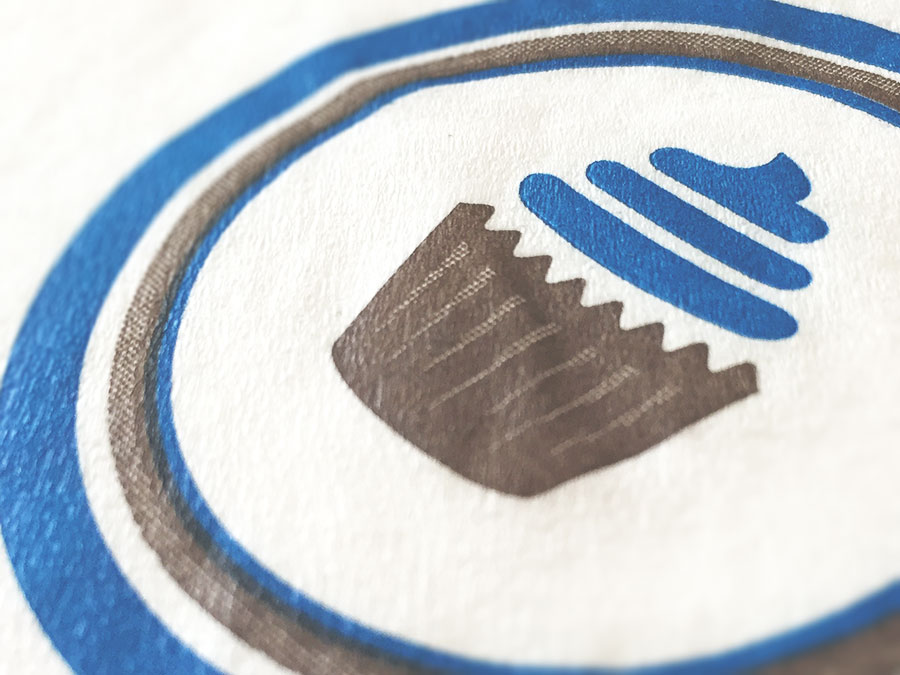 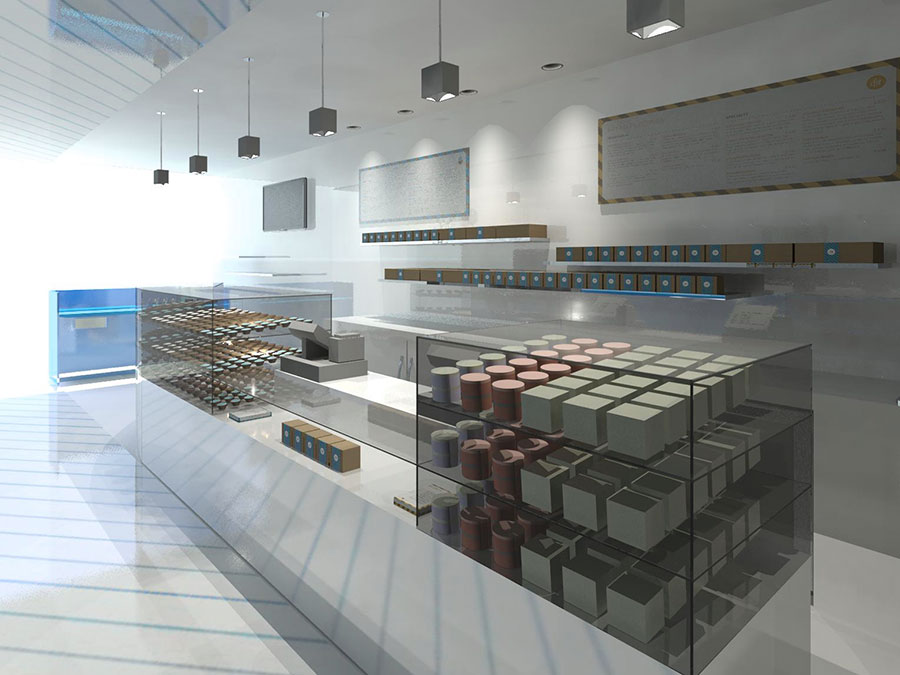 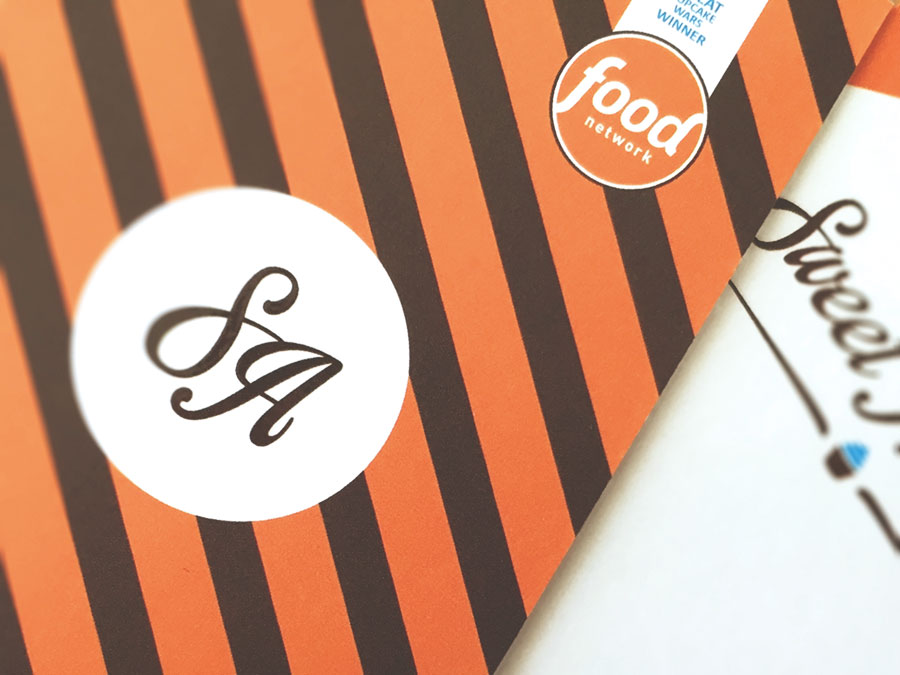 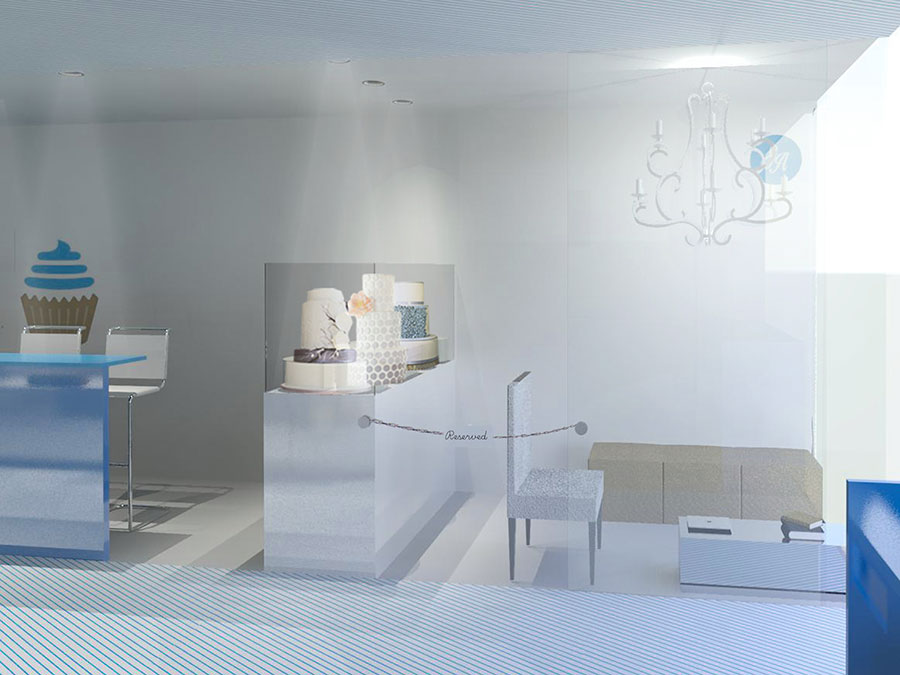